At the same time, the hype about digital assets is accompanied by dark sides that have been tearing deep holes in the coffers of crypto-marketplaces for years and throw a bad light on cryptocurrencies.

Due to their anonymous aspect and decentralized character, cryptocurrencies – since the emergence of Bitcoin, a primordial rock – have attracted more and more people. While in the top places more or less the same digital coins have been buzzing around for quite some time, thousands of new crypto currencies have been created over time, many of which have, however, already disappeared again.

The Dark Side: Bitcoin Exchanges with Security Holes

But as modern, innovative and exciting as Internet currencies may be, their darker side is always catching investors by surprise. Not only do many prices prove to be particularly volatile. The security of your own investment is also always threatened to some extent by the risk of a hack. As is well known, digital assets are traded via so-called crypto exchanges, whose security is not always complete. In 2019 alone, billions were lost because hackers were able to gain access to various stock exchanges for cryptocurrencies and empty all wallets.

Here is a list of the currently most secure crypto exchanges.

DragonEx and GateHub lost a Total of $17 Million

The Singapore-based cryptomarketplace DragonEx officially announced in March that hackers had infiltrated the stock exchange and by then had been able to steal coins worth seven million US dollars from the wallets.

Criminals stole even more from the wallet provider GateHub: in June 2019, Ripple coins worth 10 million US dollars were stolen. How the attackers were able to gain access to the wallets remained unclear, according to the company.

In January 2019, the New Zealand provider of crypto transactions Cryptopia was hit: The site was not available for a while, only a Twitter message informed the “Cryptopians” about the security hole 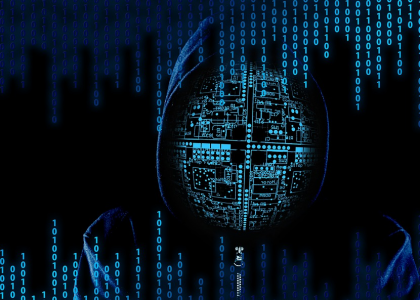 As the company writes, they had called in the government authorities because of the considerable losses resulting from the security hole. Shortly afterwards, an analysis by Elementus appeared, which quantified the extent of the digital attack on the Exchange’s central wallets: at least $16 million in damage was reportedly incurred – three million more than had previously been estimated. The attack on Cryptopia is said to differ from other hacks. On the one hand, the number of digital wallets affected was suspiciously high, and on the other hand the fact that the money continued to flow was worrying. Among other things, the suspicion was aroused that the New Zealand Cryptopia Exchange was storing the keys on only one central server.

The South Korean crypto exchange Bithumb also fell victim to criminal activities. At the end of March 2019, hackers were able to capture more than three million EOS and 20 million Ripple, reported The Block Crypto. This corresponded to a total loss of around 19 million US dollars.

As Bithumb said on his blog, internal investigations revealed that it was an ‘insider incident’ – too much attention was paid to external attacks and too little to checking employees. As the Exchange writes, all lost coins were in Bithumb’s possession, customer wallets could probably be protected: “According to the company’s manual, Bithumb secured all cryptocurrencies with a cold wallet from the time of detection and verified them by blocking the deposit and withdrawal service”. And this is not the first incident the North Koreans have had to suffer: in 2018, hackers already captured 31 million US dollars from hot wallets.

Exchange BITPoint Japan, which belongs to Remixpoint, announced in mid-July 2019 that about half of its 110,000 customers had been the victims of a hacker attack. The Japan Times reported that CEO Genki Oda apologized for the incident in which crypto-currencies worth 3.02 billion yen – the equivalent of 27.7 million US dollars – were captured. Of the stolen Internet coins such as Bitcoin, Ripple, Bitcoin Cash and two others, the smaller part ($8.8 million) belonged to customers, the larger rest to the crypto exchange itself. Following the incident on 12 July, the shares of the parent company collapsed and were suspended from trading.

Even the largest operators in the crypto world are not spared from criminal cyber-terrorism, although the most popular among the crypto marketplaces seem to have been well positioned for a long time with their high security standards. But in 2019, the hacker attack on Binance, the world’s largest exchange by daily volume, caused a considerable stir. On May 7, 2019, hackers infiltrated the crypto exchange and stole 7,000 Bitcoins. At that time, the Bitcoin was still trading at around 5,820 US dollars. Binance thus lost a total of 40.7 million US dollars. The remarkable thing about this incident: it was a single transaction. The hackers were able to gain access due to a security breach. As CEO Changpeng Zhao announced, customers did not have to worry about their investments: “Binance will use the #SAFU fund”.

Towards the end of the year, probably the most serious attack on a crypto exchange occurred in 2019. 27 November, Exchange Upbit reported that 342,000 ETH were sent out of a hot to an anonymous wallet. As this action was noticed, the customer accounts could be protected by moving all assets to cold wallets. The Singapore-based company called on its users not to support any transactions from the anonymous account and also declared that it would pay for the damage from its own pocket. Whether this was indeed a hacker attack could not be clearly determined and, according to the Korean media, called the authorities into action. In any case, the withdrawal of the coins cost the company around 50.6 million US dollars.

In 2019 there were some more unusual asset movements and hacker attacks in the crypto world. The ones listed here only represent the largest crypto hacks after the losses. In total, 171 million US dollars were lost in these digital attacks. It is clear that there are numerous points of attack from which the Exchanges and, in most cases, their customers are not safe – billions of sums are thus constantly at risk of simply vanishing into thin air. Nevertheless, numerous analysts and crypto bulls continue to be convinced of Bitcoin and its little brothers.

But while exorbitant price targets and fluctuating prices keep investors on their toes, security should be significantly increased to protect owners of digital coins from a total loss due to a hacker attack. Especially with regard to the general adaptation, which many persuaders would like to see, it would be important to make trading in cryptocurrencies more secure and reduce the number of successful cyber attacks.